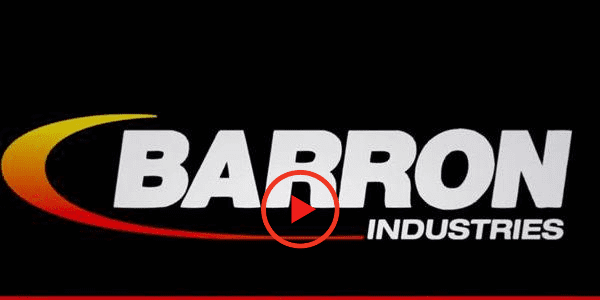 Barron Industries exhibited at the 3rd annual North American Space Summit in Traverse City, Michigan. Barron has participated in the summit every year since its inception, demonstrating our commitment to serving our aerospace and defense customers. This year there were approximately 200 attendees representing academic, government, and commercial organizations.

“Everybody is here, and we’re establishing ourselves as a company providing the critical hardware items that are needed for both the satellites and the rockets that put them into space,” said President and CEO Bruce Barron.

The summit held August 31-September 2 provided information on commercial and defense opportunities in both near-earth and low orbit space. The event is organized by the Michigan Aerospace Manufacturers Association (MAMA) and it’s been growing every year.

“We’re very proud to say that now we’re on the map,” said MAMA Executive Director Gavin Brown. “We’re gaining in prominence as well as recognition of the talent we’re putting together and the community we’re building around that, especially in the State of Michigan.”

This year, MAMA, a member-supported organization that serves the interests of Michigan’s aerospace and defense manufacturing firms, revealed that Oscoda and Marquette were ideal for horizontal and vertical rocket launching sites, respectively. Operations are expected to begin in Marquette in 2025 and in Oscoda in late 2023. Along with the yet-to-be-announced command and control center, MAMA hopes to build out all three components fully by 2025.